Morgan Stanley is looking to hire more than 200 university graduates, graduate apprentices and summer interns in a record recruitment drive from its Glasgow office.

Vida Rudkin, head of Morgan Stanley in Glasgow, said newcomers will be supported by the bank’s early career training programs and its network of young professionals.

“Our investment and commitment to young people in Scotland has been more than rewarded by the wealth of diverse talent we have been able to meet and recruit across the country and we very much appreciate the strong relationships we have forged with schools, universities and a whole host of partner organizations dedicated to nurturing and developing future generations,” she said.

The 75 university graduates will be recruited primarily from universities across Scotland for various roles and responsibilities in technology, operations, finance, legal and compliance, and fund services.

The 25 graduate apprenticeships will provide opportunities for Scottish school leavers from S5 and S6. Graduate apprentices will earn money while learning to work in finance, operations, and technology teams, and can also earn a degree at the same time.

The 104 summer placements are primarily aimed at penultimate year university students, usually those in their third year of study at Scottish universities. Starting in early June 2023, internships last 13 weeks, providing an introduction to the range of career opportunities at Morgan Stanley.

Wood Group’s new chief executive has underscored the need for the engineering services giant to improve its cash generation and deliver greater shareholder value as the company reported lower revenues in the first quarter. semester.

Ken Gilmartin, who took over from Robin Watson in July, said Aberdeen-based Wood had a “strong platform” for growth, pointing to its technical expertise and positioning to capitalize on demand from “industry critical” such as energy transition and security, decarbonization, minerals. , chemistry and life sciences. 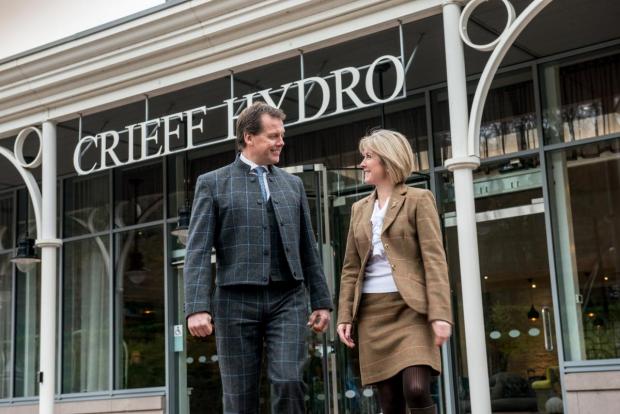 The chief executive of Crieff Hydro, the Perthshire-based hotel group, has said there will be ‘significant closures’ in the tourism and hospitality industry as it grapples with soaring costs .

Stephen Leckie issued the warning as new accounts show the company, which owns Crieff Hydro, Peebles Hydro and the Ballachulish Hotel, returned to profit in the financial year ended February 28.

Sign up for free: now you can get the briefing straight to your inbox twice a day, and Business Week for the seven-day summary on Sundays 👇